The world price of sugar fell by 3% 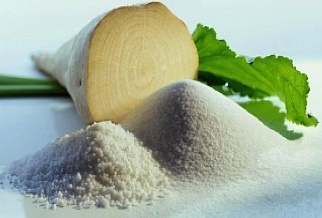 the Main reasons for the decline in prices was the improving weather conditions in Brazil, together with the fall of oil quotations Brent to 61,75 $/barrel. Half made in Brazil sugar cane goes to ethanol production.

Advanced on the market puts pressure seasonal increase in production and sales of beet sugar. Traders believe that the downward trend will continue for some time, until new factors supporting prices.

the Main buyers of Ukrainian sugar are traditionally Turkmenistan and Sri-Lanka (14%), Switzerland (12%), Azerbaijan (11%) and Turkey (10%).

In the 2016/17 season the sugar production in Ukraine has grown to 2.02 million tonnes, while exports amounted to 770 thousand tonnes, while domestic consumption continues to decline annually.

As of 6 December in Ukraine from 12.27 million tonnes of sugar beet produced 1.75 million tons of sugar.

Add a comment to news item: The world price of sugar fell by 3%

Add a comment to news item:
The world price of sugar fell by 3%