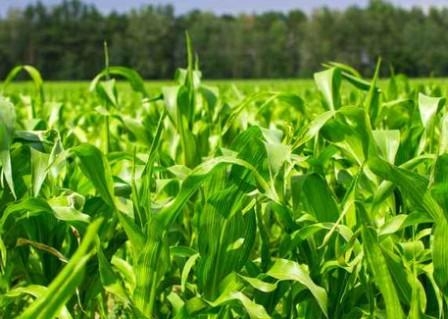 Hot weather that prevailed over the European Union countries in July-August adversely affected the corn crops. The prospects of grain harvest in now is as bad as in 2015.

the Agency Strategie Grains next week plans to publish the September report, which will be reduced the forecasts of corn production for France, Romania, Bulgaria and Poland. Even good harvests in Hungary, Italy, Austria and Slovakia will not be able to compensate for European losses.

Earlier, the European Commission lowered its forecast of the corn crop from 65.5 to 62.5 million.

Experts believe that France will be able to collect not more than 12.5 million tons of grain that will be the worst since 2003. In the previous season, the French farmers have grown to 13.5 million. The Ministry of agriculture of France reports that only 60% of corn crops are in good to excellent condition.

the Reduction in harvest in the EU will not be able to maintain the market prices of corn, in particular, and in Ukraine, as China is planning to reduce imports of grain by 1 million tons compared to 3.2 million tons, which was acquired by them in 2015. Corn imports from the US may fall from 604 thousand tons to 0 and from Ukraine to decrease to 300-500 thousand tons.

the Chinese Government is now engaged in the reduction of public stocks of corn, and also encourages local farmers to switch to sowing alternative crops.

Add a comment to news item: Strategie Grains may reduce the forecast of corn production in the EU

Add a comment to news item:
Strategie Grains may reduce the forecast of corn production in the EU