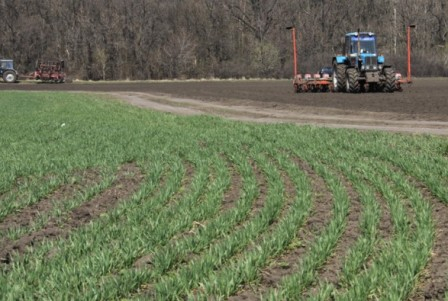 According to USDA as of 19.11.17 in the U.S. 88% of winter wheat seedlings already obtained. The same figure was recorded last year and on average over 5 years.

According to FranceAgriMer, France corn collected from 99% of the area, and winter wheat planted 95% of the area. In good to excellent condition and 97% of wheat crops. Good weather favors the holding of field work.

In Ukraine due to good weather condition of winter crops is better than last year. And the moisture content of the upper soil layer is higher than a year ago.

In Russia the sowing of winter crops was carried out at the optimum time. However, according to the satellite monitoring of the current state of winter crops is much worse than last year.

Winter crops in Russia is now planted, 17.1 million hectares or 98,2% of the plan that is inferior to last year's 17.8 million acres.

Add a comment to news item: The condition of winter wheat in the world is at last year's level

Add a comment to news item:
The condition of winter wheat in the world is at last year's level