The state of the Argentine soybean crop, and corn very bad 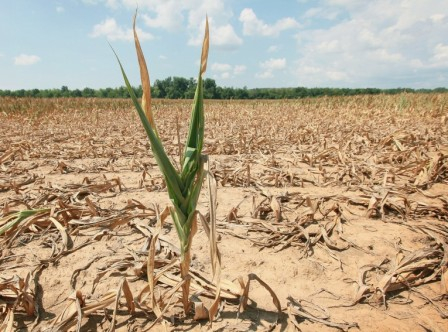 According to Grain Exchange Buenos Aires, even after several weeks of rain the condition of the majority of soybeans and maize in Argentina is estimated as poor or very poor.

during the past weeks in the region had received rainfall of varying intensity, but they are unable to compensate for the lack of moisture in the soil, reported in the weekly report BAGE.

Today in the state between the ordinary and the poor remain more than 13 million hectares of soybeans, corn and sunflower.

For the last two weeks of soy beans rose by 12% on fears of a reduction in Argentina, which is the largest exporter of soy cheese, recycling rates for bad soybean crop.

Experts BAGE left the rating of the soybean crop in Argentina at 50 million tonnes, which is the most bearish Outlook in the market.

Add a comment to news item: The state of the Argentine soybean crop, and corn very bad

Add a comment to news item:
The state of the Argentine soybean crop, and corn very bad