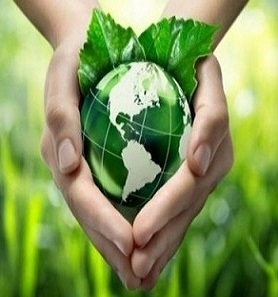 the Falling prices for soybeans and corn caused by trump's decision to introduce from 1 August new duties on Chinese products, has accelerated after the failure of China to buy U.S. agricultural products.

However, before closing trading prices on the November soybean futures recovered to 319,8 $/t, and the December futures on corn – to 163,5 $/t with the support of the news on the extension of China's soy purchases in August with the aim of fulfilling previously signed agreements for the supply of 14 million tonnes, with Prices supported by data on exports and speculative demand due to lower crop forecasts.

China is stepping up the purchase of soybeans in Brazil and over the next 5 years, intends to annually increase the volume of deliveries by 5%.

For the week, the United States exported 631,3 thousand tons of corn and 1.03 million tons of soybeans, of which 579 thousand tonnes was shipped to China. Export volumes correspond to the level of the previous week.

the State of soybeans and corn during the week have not changed, they are significantly lagging in development and on 4 August, the soybean pods are formed only 37% of crops compared with 63% on average. For ripening requires a long warm autumn weather.

Before the release of the August USDA report, analysts publish their own assessment. Farm Futures, the experts predict that the acreage of soybeans in the USA is 79.6 million acres, a yield of 48.4 bushels/acre, the gross harvest of 105 million tons, which corresponds to the July USDA forecast. Acreage of corn is estimated at 83.5 million acres, the yield was 167.2 bushels/acre, the gross yield – 323,16 million tonnes, which will be greatly to yield projected by the USDA 347 million tons.

Experts INTL FCStone lowered its estimates of soybean yield to 47.2 bushels/acre and harvest to 101,87 million tons, and the Agency IEG Vantage (formerly Informa) estimates the corn crop in 351,97 million tons.

All this testifies to the fact that only after the USDA published 12 August, final data on sown area will be possible to Refine the forecasts of the harvest of these crops.

Add a comment to news item: Speculative demand has prevented a collapse of the markets for soybeans and corn

Add a comment to news item:
Speculative demand has prevented a collapse of the markets for soybeans and corn