Speculative decline in wheat prices in Chicago will be short 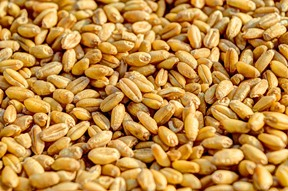 Yesterday in the wheat exchanges traders booked profits after the rapid growth rates of the previous day. This was the reason for the speculative reduction in the cost of wheat in the United States.

the weekly U.S. drought monitor showed that recent rains had no effect on drought relief in the fields with the wheat. The percentage of area under crop rose to Kansas by 1.5 points, which is 85.9% and for Texas by 3.7 points to 53.2 per cent.

the export Data of US wheat for the week were at the highest level – more than 588 thousand tonnes, but prices supported prices.

the international Grains Council lowered its forecast for the grain production in the 2018/19 season on 2 million t. Now the forecast is up to 739 million tonnes despite the fact that ending stocks increased by 4 million tons to 257 million tons.

wheat prices in Paris continued to rise. Now the price is 166 Euro/tone or 204,08 dollar. Growth rates are affected by such factors as low rate of the Euro at the level of 1.21, and increased exports of European wheat. This was the reason to reduce the backlog in the export from 24 to 22%, compared to last season.

Add a comment to news item: Speculative decline in wheat prices in Chicago will be short

Add a comment to news item:
Speculative decline in wheat prices in Chicago will be short