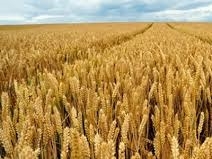 These quarterly reports USDA ending stocks and crop acreage in the United States were the main drivers of growth of stock exchange prices of wheat, which quickly played a fall last week.

Ending stocks of wheat in the United States in 2019/20 MG as of June 1, USDA experts estimated 1,044 billion bushels 28.4 million tonnes, which is 3% lower than in last year 983 billion bushels, but considerably exceed the average forecast of analysts – 987 billion bushels.

the Number of crops of winter wheat in good or excellent condition for the week increased by 2% to 52%, and spring wheat – from 6% to 81%.

European wheat rose in price yesterday after the US stock exchanges, although preliminary data suggest a heterogeneous and yet lower than last year, wheat yields in the United States.

According to forecasts of the hydrometeorological center of Russia, grain harvest this year will exceed the average 5-year rate, which increases pressure on prices.

In Ukraine, prices for food wheat at the port fell to 182-183 $/t, however, the harvest began only southern regions, and the first mowing has demonstrated disappointing performance. The increase in world market prices support prices of Ukrainian wheat and stop their further decline.

Jordan on Tuesday, has purchased 60 thousand tons of wheat with protein 11%, and November delivery at the price of 230 $/t CFR Aqaba, whereas the results of the tender in Algeria is unknown.

the food Corporation of India, with the support of the Federal government has already purchased from the farmers record 38,83 million tons of wheat, significantly higher than last year 34,13 million tons on that date, and even record 2012 – 38,18 mln tonnes Due to record harvest of wheat in the country, the forecast of purchases increased to 40.5-41 million tons.

Add a comment to news item: The reduction in acreage was the main factor behind rising prices for wheat in the United States

Add a comment to news item:
The reduction in acreage was the main factor behind rising prices for wheat in the United States