The reduction in exports is putting pressure on wheat prices 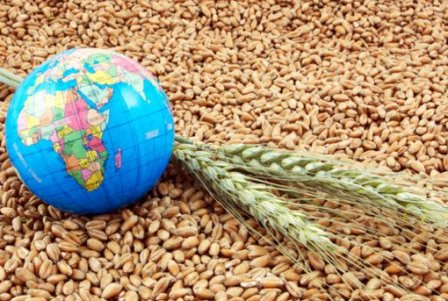 the December wheat futures in Chicago yesterday fell 1.4 percent to 4.22 $/bushel than wiped out the growth of prices in the previous session.

also on the prices presses a sharp strengthening of the dollar against a basket of world currencies.

According to the Russian statistics in global markets has significantly increased the presence of Russian wheat sales since the beginning of the 2017/18 MG increased by 26% to 14.8 million tons.

Prices of Russian wheat remained at the level of 192 $/t FOB although the expectations of traders falling prices in line with global trends. But the closure of small ports may limit the volume of offers of Russian grain.

Since the beginning of the current my, EU countries have reduced wheat exports by 23% to 7.5 million tonnes as at 14.11.17. During the second week of November on world markets sold 339 thousand tons of soft wheat from the EU.

the Falling prices for soft wheat in Chicago reflected on the Paris stock exchange. But prices have supported the weakening of the Euro, caused by the uncertain political situation in Germany.

the Volume of wheat exports from Ukraine is still at the level of last year, but in the last week exports fell to 247 thousand tonnes, down from 348 thousand tons in the previous week.

the Purchase prices at the port fell slightly and is now:

Add a comment to news item: The reduction in exports is putting pressure on wheat prices

Add a comment to news item:
The reduction in exports is putting pressure on wheat prices