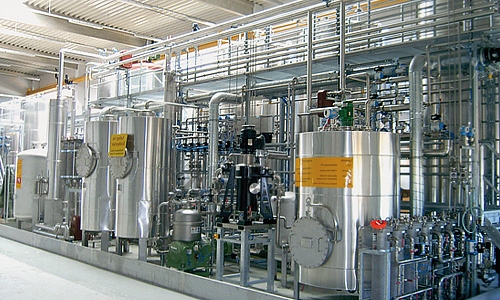 In his next report, analysts of Oil World downgraded its forecast for world production of sunflower oil by 150 thousand tons to 15.71 million. The main adjustments made to Ukraine (+130 thousand tonnes) – to 4.93 million tons and Argentina (+50 thousand tons) to 1.17 million tons.

Experts expect the growth in global production of products of processing of sunflower in the season 2016/17 MG to a record 17 million due to the increase in processing oilseeds in the EU and the CIS.

it Should be noted that the long term deficit of rapeseed oil in the world market in the new season will increase the demand for sunflower oil from India, Turkey, China, Egypt, Iran and other countries, which will support prices for products of processing. An additional factor that will support prices, will be the projected reduction in production and imports of soybean oil and the shortage on the world market of palm oil.

Exports of sunflower oil in the season 2016/17 MG may reach a record 9 million tons, which Ukraine implements 4.9 million tonnes (+400 thousand tonnes/year), Russia – 1.8 million tonnes (+200 kt). Expected recovery of the supply of products from Turkey and the EU. However, due to projected reductions in sentences of rapeseed oil in the EU, the demand for sunflower oil from the food industry will increase, which will limit the export potential of European products.

Prices for new crop sunseeds will decline compared to last year by 10-15% due to increase in production of sunflower and especially soybean, the price of which falls as you get closer to the record harvest in the United States. However, demand from importers and refiners, which increased capacity will keep prices at the level of 10 thousand UAH/ton.

Add a comment to news item: Season 2016/17 MG will be a record in the production and export of sunflower oil

Add a comment to news item:
Season 2016/17 MG will be a record in the production and export of sunflower oil