Russia has set a new record in grain exports 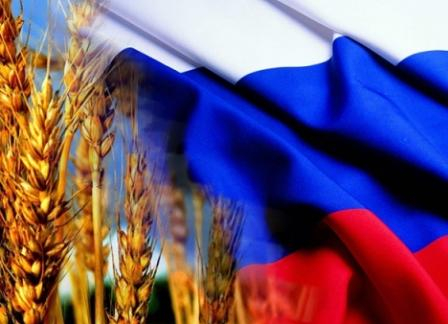 In 2016, Russia has collected the maximum in the history of 120.7 million tons of grain, of which, according to forecasts of the Ministry of agriculture, the export had to send 40 million tons later, However, the assessment of exports reduced, as in the first half of the season, the prices were unfavorable to traders, who complained of zero profitability.

Periodically had problems with the main buyers. Egypt in August 2016, has introduced a zero rate the content of ergot in wheat, which was canceled after a month, losing the opportunity to purchase 500 thousand tons of grain.

In March, Turkey has stopped issuing licenses for the import of Russian agricultural products. May these limits agreed to remove, but unofficially, Turkey has kvotirovanie Russian grain. Only last week the supply of products in Turkey and Egypt were resumed.

at the End of the season the exports greatly intensified. The ruble devalued, export prices are up. Last month they increased by 7% to $185/ton on fears about the bad grain harvest in the EU and in Ukraine because of the hot weather.

carry-over grain stocks on June 1 at 30% higher than last year and reach a record 18.5 million tons.

Add a comment to news item: Russia has set a new record in grain exports

Add a comment to news item:
Russia has set a new record in grain exports