Russia in 2019 plans to collect 80 million tons of wheat 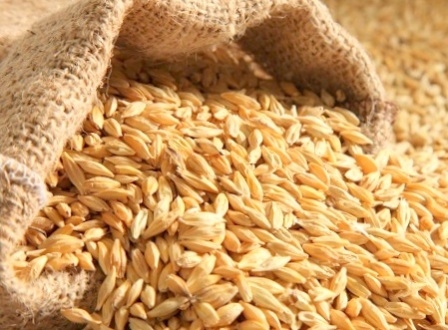 According to the forecast of the Ministry of agriculture of the Russian Federation, in 2019, Russia will increase wheat production compared to 2018 by 4% to 75-78 million tons, but under favorable conditions this figure may reach 80 million tons.

the Total grain harvest in comparison with last year will grow by 5% to 118 million tonnes, which will not only provide the needs of the domestic market, but also will allow to increase export of raw materials and products of its processing with the aim that the targets of the Federal project "the Export of agricultural products", the purpose of which is to increase exports of agricultural products from 25.9 billion $ in 2018 to 45 billion dollars in 2024.

Experts of the Agency "Prozerno", which explores the agricultural market, believe that the level of grain production in 2019 will be close to the record levels in 2017, even though not the best preconditions. So, from planted in the fall to 1.55 million hectares in a significant number of areas had not been received seedlings.

According to analysts, under favorable conditions, in 2019 will be collected 128 million tonnes of grain, of which:

the Increase in production forecasts of wheat in Russia has already caused a drop in prices of new crop wheat for delivery in July-August dropped to 180-185 $/t FOB compared to 225-230 USD/t FOB for shipments in March-April.

Add a comment to news item: Russia in 2019 plans to collect 80 million tons of wheat

Add a comment to news item:
Russia in 2019 plans to collect 80 million tons of wheat