Russia, Canada and Argentina ousted the US and the EU on the world market of wheat 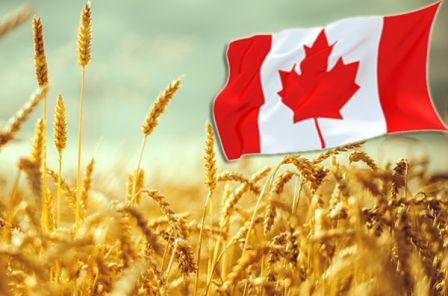 Within 5 months of the season 2017/18 on the world wheat market has seen a redistribution between major grain exporters.

Argentina two years ago has reduced the export duty on wheat and increased exports by 71% to 3.75 mln t

Russia provides subsidies for transportation of grain from the agricultural regions of the country for increasing production and demonstrates a 34% sales growth.

Canada in March along with 11 other countries to conclude an agreement on the TRANS-Pacific partnership, while the United States may be excluded from it. This transaction will enable large-scale buyers, such as Japan, to sell goods free of duty.

the EU's Share in world trade fell from 18 to 14% after high grain prices and strong Euro, and the export volume decreased by 20% to 10.78 million tonnes.

Ukraine's Share in world exports fell from 15 to 13%, primarily due to strong competition from Russia. Thus large buyers from Thailand and Morocco, which purchased large quantities of wheat in the past years, has not yet resumed active procurement. So for 5 months 2017/18 MG domestic exports of wheat decreased by 13% to 10.02 million tons.

Despite the fall in the dollar, the United States remains uncompetitive on the world stage, so their share of world wheat exports during this period fell from 14% to 12%.

Add a comment to news item: Russia, Canada and Argentina ousted the US and the EU on the world market of wheat

Add a comment to news item:
Russia, Canada and Argentina ousted the US and the EU on the world market of wheat