The wheat market again in the crosshairs, the weather 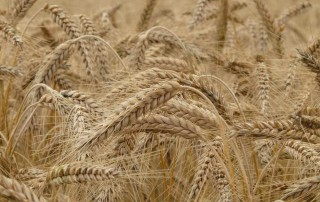 international Grains Council (IGC) in its July report lowered its forecast of world production of corn, wheat and barley because of the hot and dry weather in some producer countries in North America, Europe, and Australia.

weather Forecast in USA for the next 10 days is disappointing for producers. High temperatures and lack of rainfall will continue to reduce the potential yield of wheat.

in addition, the demand for U.S. wheat continues to grow particularly intensified purchase of spring wheat and total sales of whole wheat in the 2017/18 season now 1.5% higher than last season .

In Europe, the ongoing rains and thunderstorms, which constrain harvesting and reduce the yield and quality of wheat, especially in Germany and much of Poland and the Baltic States.

Add a comment to news item: The wheat market again in the crosshairs, the weather

Add a comment to news item:
The wheat market again in the crosshairs, the weather