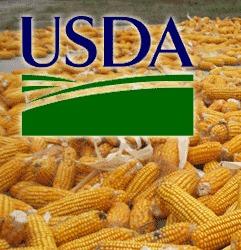 for the last week, corn prices have gradually declined in anticipation of the USDA report on crop acreage and carryover of corn in the United States.

the new forecast of experts, the USDA increased compared with the March report of acreage under corn for 1,102 million acres to 89,128 million acres, which is 566 thousand acres exceeds average expectations, however, by 1.39 million acres lower than in the previous year.

in Spite of bearish USDA report and a weekly reduction of exports by 16.1% to 1.48 million tonnes of futures on corn grew by 1.5%. Opening funds 46281 new short positions testifies to the aspirations of the raiders on the growth of corn prices in the near future.

Supports prices, which according to traders had reached the low, hot and dry weather in the corn belt of the USA and the lack of precipitation in the forecast for next week.

on Thursday, the European Commission has left unchanged the forecast of production of corn for grain at the level 63,95 million T.

heavy rainfall that weekend were held in all regions of Ukraine, will have a positive impact on corn crops.

Add a comment to news item: The corn market has not yet reacted to the bearish USDA report

Add a comment to news item:
The corn market has not yet reacted to the bearish USDA report