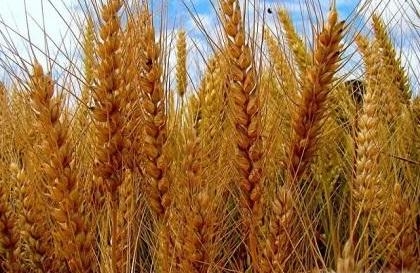 Ministry of agriculture of Argentina has raised its previous forecast of wheat production at 1.89 million tons to a record of 18.39 million tonnes, 7 million tonnes higher than last year's figure.

the acreage under wheat increased to 6.36 million hectares, returning to the period which preceded the introduction of export restrictions in 2008. In December 2015, the new President abolished the quotas and tariffs on the export of wheat.

due to adverse weather conditions a considerable part of crops was lost, however the average yield of wheat increased up to 33 kg/ha.

against the background of optimistic forecasts about the wheat crop in Argentina, the Chicago stock exchange ended the week in negative territory.

the March wheat prices in the U.S. declined:

while Traders that do not take into account the USDA report, according to which wheat production in the U.S. in 2017, compared to 2016 will be reduced by 20% to 1,837 billion bushels, which would be the lowest harvest in the last 11 years.

the acreage under wheat will be reduced by 8% to 46 million acres. The winter wheat area will be the smallest since 1909, which will allow to strengthen prices of the season 2017/18 MG.