Radiation in Russia caused a rise in wheat prices in Chicago 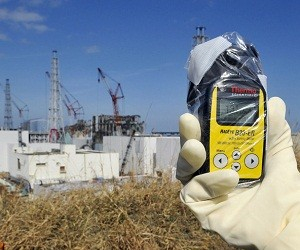 After a significant drop on Monday, on Tuesday, the market for U.S. wheat increased due to investors closing short positions. Such optimism was aroused by the following two factors.

first, the condition of winter wheat crops in the US has deteriorated. Now in good and excellent condition there are 52% of crops, whereas last week it was 54% a year ago – 58%.

secondly, there is a possibility of reducing Russian wheat exports via the radioactive emissions in the Urals, which has already recognized the Roshydromet. Some traders consider the situation that has developed, a second Chernobyl.

Roshydromet reported that in the period 25.09.17-01.10.17 all the posts located in the southern Urals, recorded the excess of the total beta-activity in samples of radioactive aerosols. In addition, the samples from the locality Novogro and Argayash discovered radioisotopes EN-106, and the concentration of the latter in Argayash, where the plant for production of nuclear weapon components, exceeds the rate 968 times.

In Roshydromet noted that during this period a significant number of the isotope EN-106 was discovered in Europe, starting with Italy and further North.

Add a comment to news item: Radiation in Russia caused a rise in wheat prices in Chicago

Add a comment to news item:
Radiation in Russia caused a rise in wheat prices in Chicago