Wheat drops after the speculative leap 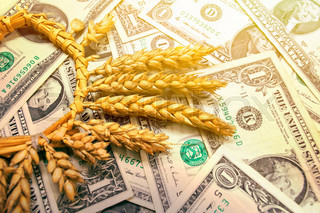 After a sharp rise on Monday, when quotations of March futures in Chicago soared by 3% to 6-month high, traders have preferred to fix profit and to sell, which led to lower prices.

According to the report of the Ministry of agriculture drought spread across North America and puts pressure on the condition of the winter wheat crop, drought in the Southern plains intensified, which leads to further deterioration of winter wheat, the moisture content of the topsoil in Kansas and Oklahoma has been marked as a very low of 79 and 93% of the area.

Therefore, the condition of crops will remain a strong driver of prices in the wheat market.

March quotes of the American wheat have decreased:

Stock French wheat continued to rise on Tuesday, after the rapid growth in Chicago yesterday. Affected and reduced by the Ministry of agriculture of France to assess the production of wheat in the country in 2017 by the way, the third in a row.

limit the growth of the exchange was the strengthening of the Euro against the U.S. dollar.

Add a comment to news item: Wheat drops after the speculative leap

Add a comment to news item:
Wheat drops after the speculative leap