Wheat in the United States cheaper, but in Ukraine, on the contrary, rises in price 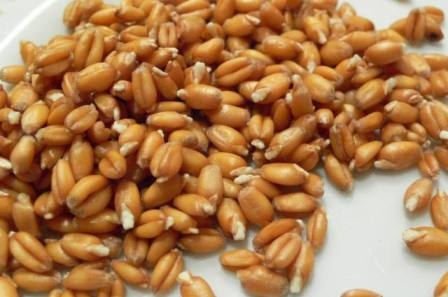 a Speculative bubble that was created in the American wheat market in mid-October and gradually began to deflate, finally cracked. The largest drop has undergone Playground in Chicago.

Investors are again reminded of the huge volume of world wheat supply and began to sell.

the actions of the players affected and the growth rate of the dollar against a basket of world currencies to the highest in nine months.

the Demand for American wheat in foreign markets remains limited.

the Price of the December wheat futures in the U.S. fell:

In Europe, including France, in recent days, observed favourable for autumn sowing rain. By the end of the week, air temperature should increase, which will allow produite North. This contributed to the fall in wheat prices on the Paris MATIF to 162 € /ton or 176,32 $/ton.

the Pace of grain exports from the ports of Ukraine is accelerating. During last week shipped 1 million tons of grain against 506 thousand tons in the previous week. From the specified volume 544. tons is wheat, 320.1 thousand tons of corn, 142,6 thousand tons – barley.

Demand for wheat price rise, therefore, on the basis of CPT-port of wheat today offer:

Add a comment to news item: Wheat in the United States cheaper, but in Ukraine, on the contrary, rises in price

Add a comment to news item:
Wheat in the United States cheaper, but in Ukraine, on the contrary, rises in price