Wheat in Chicago fell to a 10-year low, and in Paris continued growth 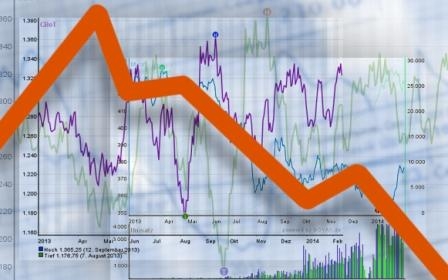 for the sixth trading day in a row continues to fall of quotations of soft wheat in Chicago, on Tuesday they fell to a 10-year low.

Strong pressure on the exchange carries on a good grain harvest, the harvest of which is nearing completion.

Price of wheat in the United States under agreements of September fell:

Quotes are French wheat grow, the 4th trading day in a row, even more than worsen the already weak competitiveness of European grain on world markets.

the Impulse  for the price increase Tuesday was another revision of the forecasts of the crop French wheat to the downside, and rising export prices for wheat from Black See region.

Experts believe that the growth rates could be even more significant, however, its slightly offsetting a strengthening Euro against the dollar and the U.S. wheat fall week in a row.

Traders do not react to the lack of French wheat for the next Egyptian tender.

Add a comment to news item: Wheat in Chicago fell to a 10-year low, and in Paris continued growth

Add a comment to news item:
Wheat in Chicago fell to a 10-year low, and in Paris continued growth