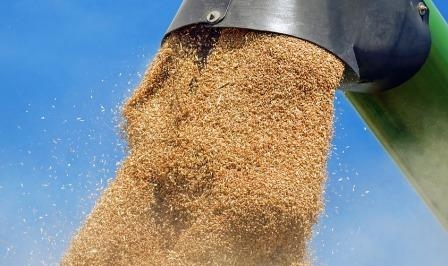 After the fall on the eve of the futures of soft wheat in Chicago on Wednesday again turned up.

support of the prices had speculative buying and weather news. In the major regions-producers of wheat in the southern United States was established abnormally warm weather, which is the threat of premature exit of plants from the state of hibernation.

an Additional factor was the strengthening of export demand. Morocco, Taiwan, Jordan, Ethiopia has announced a tender for the procurement of wheat. Experts estimate the export potential of the weekly US wheat 300-500 thousand tons.

the Export of grain from Ukrainian ports for the week rose from 639,9 to 725,2 thousand tons. In particular, it was shipped:

In January, the export of domestic wheat decreased by 14% to 1.2 million tons, nearly 64% of them (which is 780 thousand tons) purchased India. Total exports of wheat in the country this season, including supplies February can reach 3 million tons.

In the 2016/17 season, my Ukraine exported 12.72 million tons of wheat, which is 16% higher than in the same period of the previous season. By estimations of traders, the rest of the season wheat exports may rise to 15-16 million tons.