Wheat: the best time to sell 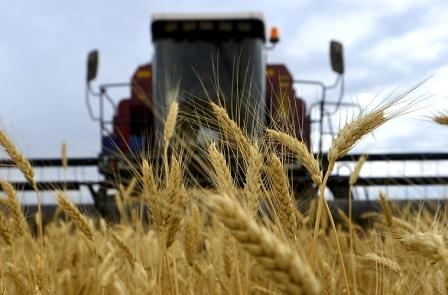 the Impact of the February USDA report, which increased the estimate of wheat exports of the USA and the reduced forecast for ending stocks, had a strong enough momentum. On Monday, the stock market has continued to grow.

However, in the near future the fundamental factors can change the upward trend. The gross grain harvest in the largest producing countries of the southern hemisphere can greatly exceed the forecasts by the USDA.

the Australian Agency ABARE estimates wheat crop in the season 2016/17 MG per 35.13 million tons, 11 million tons will exceed indicators of last season and will be the largest historic high, breaking the record season 2011/12 marketing year at 29.9 million tons.

will Increase relative to last year's wheat harvest in Argentina and Brazil.

the Weekly volume of wheat that was tested experts USDA for export, fell relative to the previous week 55% and was 20% less over the same period last year.

Add a comment to news item: Wheat: the best time to sell

Add a comment to news item:
Wheat: the best time to sell