Wheat quotes are rising due to weather news 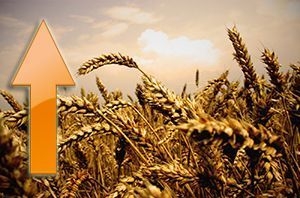 on Tuesday continued increase in the price of wheat on the French market. Mainly due to the strengthening of the position of soft wheat in Chicago. However, the important role played by the weather factor. Dry weather in some EU countries, leaves concerns about the fate of the next harvest.

Wheat area in Chicago has finally turned up. The weakening of the dollar EN masse investors covered short positions.

Traders are concerned about frost, which meteorologists predict next week in the regions of cultivation of wheat in the United States and Canada.

the May wheat futures in the U.S.

In Ukraine, the demand for wheat continues to fall as exporters, and processors.

the Purchase price for wheat at all bases decreased by 50-100 UAH/t.

Add a comment to news item: Wheat quotes are rising due to weather news

Add a comment to news item:
Wheat quotes are rising due to weather news