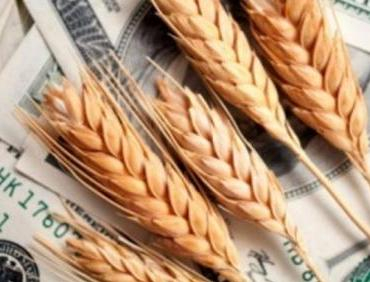 due to problems with the harvest in Germany, Denmark and Sweden the experts of the Agency Strategie Grains lowered its assessment of production of soft wheat in the EU projected in early July of 132.4 million to 130 million tonnes, which will be the worst since 2012. In 2017 the EU gathered 141,8 million tonnes of soft wheat.

Reduction in production forecasts for the EU and prolonged precipitation, which will reduce the yield and impair the quality of the wheat in Russia and Ukraine led to a spike in prices on the US exchanges.

After a two-day speculative drop September futures wheat showed yesterday the biggest day in the history of the growth and reached a maximum of 7 weeks.

First data is an annual crop tour of inspection of crops of spring wheat in the United States have shown that yields in the States of North and South Dakota better than last year, but does not exceed the average 5-year average.

In Ukraine the harvest was stopped by powerful rains, which will last until the end of the week. Recorded deterioration in the quality of wheat in Western and Central regions. On July 25, with 70% of the area harvested 15 mln tonnes of winter wheat with a yield of 3.42 t/ha against a 3.74 t/ha in 2017.