Prozerno predicts a record harvest and the export of Russian grain 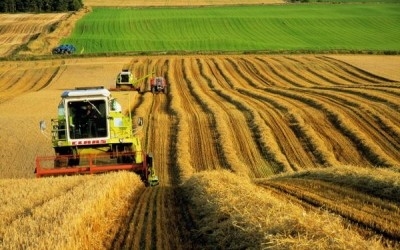 While experts Prozerno forecast the grain harvest in Russia in 2016 at the level of 109,3 million. However, if better weather conditions in the Asian part of the country, it can be increased to 110 million. Recall that last year managed to collect 104.8 million tons of grain, and the record was in 2008, when Russian farmers raised 108.2 million ton.

Respectively before harvest will increase the export potential of the grain market. The new season will be exported 36.2 million tons of grain (including rice and legumes) that will exceed the previous season – 34.8 million ton, which is now considered the largest in the history of the country.

the Main export item is wheat. In the new season, its exports will increase to 25.5 million tons against 24.44 million tone of season 2015/16, thanks to which Russia will retain leading positions on the world wheat market.

This is not going to hurt domestic consumption, which in the new season will reach 73.6 million tons of grain, of which the share of wheat will amount to 38 million tons.

Russia is significant competition Ukraine in terms of grain exports from the black sea region. A bountiful harvest of grain in Russia collapses of grain prices in Ukraine and in Russia, especially for wheat.

Add a comment to news item: Prozerno predicts a record harvest and the export of Russian grain

Add a comment to news item:
Prozerno predicts a record harvest and the export of Russian grain