For 2016року Ukraine was raised by 18.7 million tons of oilseeds 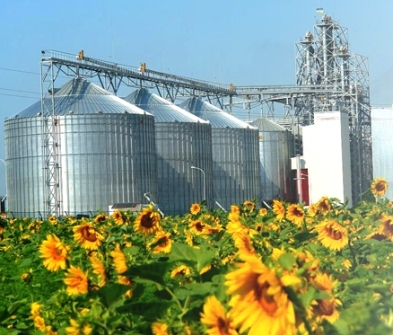 According to the Ministry of agroproduction during 2016 in the Ukraine had grown to 18.7 million tons of oilseeds including: sunflower seeds – 13.5 million tons of soybean and 4.1 million tons, rapeseed – 1.1 mln ton.

compared To the 2015 production of sunflower increased by 121,6%, which gave the opportunity to provide the domestic refining capacity and increase production and export of oil in 1.23 times.

Despite the global economic crisis, the devaluation of its currency and limited credit facilities, Ukraine has remained on the leading positions in the production and export of sunflower oil.

From September 2016 began to increase production of refined oil for the year was 105%.

Concern to experts is the sharp reduction in the production of soy and rapeseed oil, which fell 36%. It is due to active export of soybeans and rapeseed, which are not subject to export duty.

This situation has led to the fact that domestic refining capacity is loaded only by 30%, although in the past few years they have been significantly upgraded and now allows to process 18 million tonnes of oilseeds annually.

In the European market prices for rapeseed growing and have already reached EUR 418/t or 442,75 $/ton. Support prices for soybeans also grow. In Chicago, soybeans played their pre-fall and is trading at 370 $/tons.

Add a comment to news item: For 2016року Ukraine was raised by 18.7 million tons of oilseeds

Add a comment to news item:
For 2016року Ukraine was raised by 18.7 million tons of oilseeds