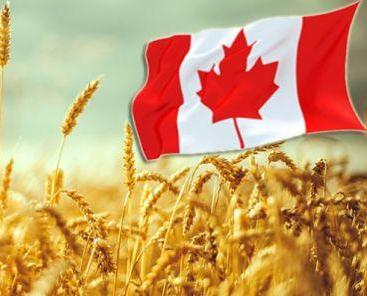 Yesterday the European Agency Coceral reduced in comparison with the June report estimate of wheat production in the EU, 9 million tonnes to 129,89 million tons.

the Total volume of wheat production in France is projected at 35.1 million tonnes, in Germany – the lowest in 10 years, the level of 20 mln t in the UK - minimum 5 years level of 14.4 million tons.

One of the few member countries of the EU, which has increased the forecast of wheat production was Spain, where the harvest is almost twice higher than last year and reach 6.8 million tons.

Yesterday the canadian Bureau of Statistics has updated the forecasts of production of grains and oilseeds in Canada, which surprised analysts and traders.

Assessment of wheat production in Canada increased compared to the August report from 29 to 31 million tonnes, which is 3.5% higher than the figure recorded in 2017, while the experts USDA in September estimated the balance the harvest of 31.5 million t.

Reduced wheat yields to 46.9 bushels/acre (3.15 t/ha) will be compensated by an increase in acreage of 9.4% compared to last year. Final report on the harvest in Canada will be published on 6 December.

Experts are now awaiting the outcome of the wheat harvest in Russia and estimated gross yield, although it is possible to say that it will be at least 68 to 70 million tons as of September 19, in Russia from 21 million hectares or 79.5% of the area harvested 63.9 million tonnes of spring and winter wheat yield of 3,04 т/ha, whereas on the same date in 2017, with 23.4 million ha were harvested 79.6 million tons of wheat with a yield of 3,4 t/ha. While in the Siberian Federal district threshed only 35% of the area.

Add a comment to news item: Forecasts of wheat production in the EU and Canada has been reduced again

Add a comment to news item:
Forecasts of wheat production in the EU and Canada has been reduced again