Continues the speculative rise in world prices for wheat 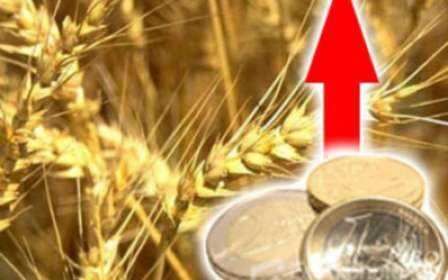 on the Eve of the release of the USDA report for the second consecutive day expensive soft wheat in Chicago. Price supports hot weather in growing areas of spring wheat. Such problems in Canada further reinforce the influence of weather factors. Spring wheat in Minneapolis after five days of active growth was somewhat cheaper due to speculative games.

Information about the progress of the world's harvest and the wheat yield is quite optimistic.

As of June 5, China has collected 50% of the crop. The country's Ministry of agriculture assesses the gross yield to a record 131 million tons, which is 1.7% over 2016

improved weather conditions, which gives hope for a good harvest. Added optimism to traders winning the tender in Algeria, so the September milling wheat quotations on the MATIF rose to 168,5 EUR/t or 189,68 $/t

Add a comment to news item: Continues the speculative rise in world prices for wheat

Add a comment to news item:
Continues the speculative rise in world prices for wheat