Warming in the United States led to lower wheat prices 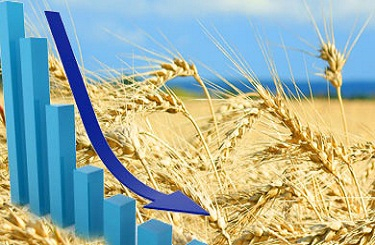 Fall wheat quotations began on Thursday on the stock exchange in Chicago, continued on Monday. Warming and new snow in the southern regions of the American Plains reduce the concern for the fate of winter wheat crops.

fell Sharply, the pace of wheat exports from the United States. During the week it has been implemented only 234 thousand tons, which is 14.7% lower than in the previous week and 11% the results of the exports for the same period in 2017. Even the news about purchased Morocco 315 thousand tons of American wheat for delivery before may 31 are unable to support prices.

the Paris stock exchange three trading days in a row fell because of the threat of frost in the United States, on Monday finished trading in the neutral zone. In the absence of fundamental news, the market froze in anticipation of the consequences for crops of winter crops from weather changes Jan in the United States and Russia.

the sounds of the Egyptian Agency GASC decided on 9 January to conduct a tender for the purchase of a minimum of 55-60 thousand tons of soft milling wheat for delivery 11-20 February.

Add a comment to news item: Warming in the United States led to lower wheat prices

Add a comment to news item:
Warming in the United States led to lower wheat prices