Improved weather in Canada, Australia and Russia eliminates the heat factor in the United States 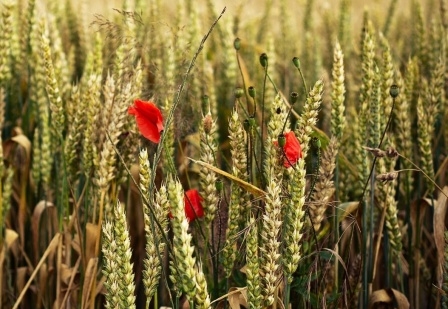 Improving weather conditions in the wheat-growing regions of Canada and Australia against the background of favorable weather conditions for crops in Ukraine, Russia and the EU countries increases the probability of obtaining a record wheat harvest in the new season.

Productive precipitation in the prairies of Canada and in the Northern American Plains reduced concerns about the fate of spring wheat crops in the United States, thanks to which prices on US wheat exchanges fell slightly on the eve of the release of the USDA report.

In June, the state agency FranceAgriMer again raised its forecast for soft wheat exports from France in 2020/21 MG to 13.557 million tons, which will still be 35.4% lower than in the previous season. At the same time, due to a reduction in feed consumption, the estimate of Final stocks was increased by 800 thousand tons to 2.69 million tons, which increased pressure on prices.

The Algerian OAIS agency purchased 480 thousand tons of soft flour wheat at a tender on June 8 for delivery in August at a price of 2 297.5- - 298/ton of C&F, but this did not support prices.

Against the background of lower prices, importers stepped up purchases, which gave the market a signal about price stabilization at an acceptable level for everyone.

The Tunisian grain agency (ODC) will today hold a tender for the purchase of 50 thousand tons of soft flour wheat for delivery in July.

As of June 9, 12.9 million hectares of spring wheat were sown in Russia, or 102% of the plan, but due to favorable weather in the east of the country, the sowing area may increase.

Analysts expect that in the June report, USDA experts will increase the world's final wheat stocks in 2020/21 MG due to a decrease in export rates at the end of the season, and possibly increase the estimate of Final stocks of the 2021/22 season due to increased production forecasts.

Add a comment to news item: Improved weather in Canada, Australia and Russia eliminates the heat factor in the United States

Add a comment to news item:
Improved weather in Canada, Australia and Russia eliminates the heat factor in the United States