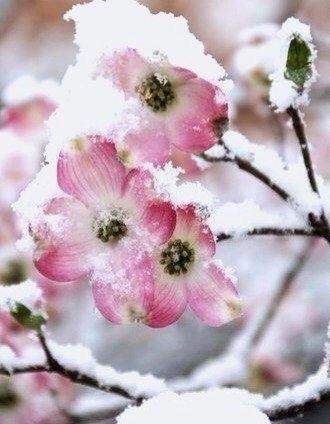 After a significant drop in temperatures Ukrgidrometeotsentr estimates the loss of crops fruit 30%.

"this Year, a sharp frost and a temperature drop to -1/-4 degrees occurred in the period of mass flowering pear, apricot, some varieties of cherries. Significantly affected fruit trees in the Western and Northern regions, the losses amount to not less than 30%", - said T. Adamenko.

However, the winter crops cold won't hurt, besides, the precipitation is added to the stocks of productive moisture in the soil. Likely damage of early spring crops, but it will be insignificant due to their resistance to frost. Maize and sunflower sown a little, so their steps almost will not be damaged.

Meteorologists expect another cyclone, which is moving from the Balkans and has to cover with snow the Proceedings. A lot of snow will fall on 20 and 21 April in the North, at the same time in the South will be powerful rains. Further, through the Central and southern regions, the cyclone moves to the East.

After April 23 the cyclone will leave Ukraine, but cool weather will continue. From April 26 to may warming up +13/+15, sometimes up to 20 degrees.

Add a comment to news item: The cold will slow down the progress of the sowing campaign and will result in the loss of 30% of the harvest of fruit

Add a comment to news item:
The cold will slow down the progress of the sowing campaign and will result in the loss of 30% of the harvest of fruit