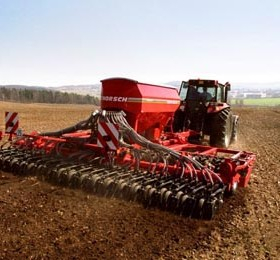 In Ukraine, as of may 2 spring barley planted 1.4 million hectares, which is 91% of the planned amount. The optimum sowing time has passed, and temperatures above 30 degrees hampering the conclusion of sowing.

Weather conditions next 2-3 weeks will be crucial for yield formation of spring barley.

In Russia, the pace of sowing of spring crops behind last year by 18%. At that date spring barley planted 1.8 million hectares or of 19.35 of the forecast, compared to 2.1 million hectares at the same date in 2017. Warm and dry weather will speed up North, but the decrease of soil moisture reserves will have a negative impact on the seedlings of spring rape.

In March this year compared with the previous month, the Ukraine increased exports of barley by 66% from 66.7 to 110.5 thousand tons, which is 47% lower than in March last year.

During July-March 2017/18 MG Ukraine has reduced exports of barley in comparison with the same period last MG 15% from 4.9 to 4.1 million tons.

the export of barley from Russia to 2017/18 MG in comparison with the previous season, almost doubled and as at 25 April exceeded 4.8 million tons.