South American soybeans weighs on the markets of oil 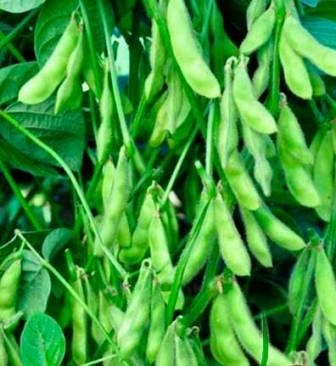 Brazil will increase exports of soybeans from 8.37 to 9.3 million tons, other countries are also stepping up the supply of soybeans to foreign markets.

According to experts of Oil World, soybean crop in Brazil to 2017 will exceed last year's figure in 95,43 million tonnes and will reach a record $ 108.5 million tons. Accordingly, exports of soybean will increase by 9.8 million tons to 61.4 million tons.

According to AgRural, as of March 27, in Brazil threshed 68% of area under soybean, which is 1% higher than the annual average.

experts of the Grain exchange Buenos Aires, thanks to the improvement of productivity has increased the previous forecast of soybean production in Argentina in 2016/17 MG from 54.8 to 56.5 million tons.

In Chicago soybeans fell by 3 $/t and is trading at 354,75 $/ton. Traders expect tomorrow's USDA report the acreage will be increased to 88.5 million acres.

Add a comment to news item: South American soybeans weighs on the markets of oil

Add a comment to news item:
South American soybeans weighs on the markets of oil