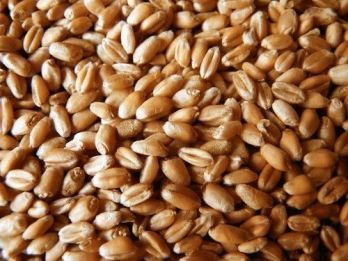 After rapid growth during the week, on Friday, wheat prices in Paris fell slightly. the Growth rate of the Euro to the level of 1,176 and uncertainty with the forecast harvest in the EU this year, has forced traders to make speculative sales.

on Friday, the U.S. wheat market continued to rise, despite lower quotes in Paris. The forecast of yield reduction of Russian wheat, which the new Ministry of agriculture will be not less than 100 million tons of grain crops and reduced crop forecast in the EU gives a chance to increase exports of American wheat. Last week's exports of wheat from the United States increased by 8.5% and is 387,1 thousand tons, but it's still less than last year.

the wheat Market got a boost from rising prices for soybeans, which have grown rapidly against the background of increasing exports, and also due to forecast of hot and dry weather in the regions of cultivation of spring wheat.

the Yield of wheat in the main growing areas of winter crops in Russia is much less than last year. In the Krasnodar region indicators amount to 3.8 t/ha, Stavropol Krai 3.58 MT/ha in Rostov region-3,3 t/ha. Dry and hot weather continues to reduce the crop of spring wheat in Russia.

In Ukraine, the pace of harvesting of winter wheat is increasing. Already collected about 20% of the area, but in the next 7-10 days, precipitation is predicted, which can lower the pace and worsen the quality of wheat.

Add a comment to news item: Wheat prices in American markets are increasing

Add a comment to news item:
Wheat prices in American markets are increasing