The results of tenders to determine the dynamics of wheat prices 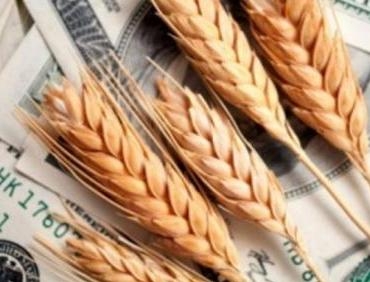 the pricing of wheat of the new harvest is influenced by the opposite fundamental factors: on the one hand increased production in major exporting countries, other adverse weather conditions, particularly droughts in Australia and caused by prolonged rainfall delays sowing in the United States.

the Increase in the price of wheat in Chicago was limited to the falling corn market and the data on the consistently good condition of winter crops.

Grain operator Tunisia (ODC) to tender on 14 may acquired 75 thousand tons of soft wheat for delivery in July at a price of 185.02-200,10 $/t C&F. the results of the tender and after the growth of the stock exchange in Chicago the price of European wheat have been gradually increasing. Support is provided by the increase in the forecast of exports of French wheat to third countries in 2018/19 MG to 9.75 million tons, down 20.1% over the previous season, while total exports could reach 17,292 million tons.

the results of the tenders in Algeria and Tunisia, as well as the growth of exchange quotations of wheat supported the prices of the black sea milling wheat of the new harvest, which is for delivery in July and August offer for 180 $/t FOB with protein 11.5% and at 185-187 $/t FOB with a protein of 12.5%.

In Ukraine the price of wheat old crop is gradually reduced, and now for the grain with protein 11,5-12,5% in the port offer 175-177 $/t. Active procurement are only a few companies, and offers of wheat are almost absent.

Add a comment to news item: The results of tenders to determine the dynamics of wheat prices

Add a comment to news item:
The results of tenders to determine the dynamics of wheat prices