Ukraine has completed the harvest of early cereals 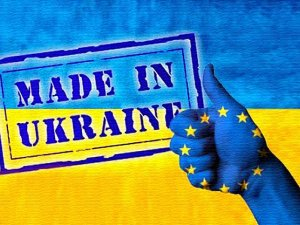 According to information of Ministry of agrarian policy, on August 28, collected:

in addition, on that date received 2.1 million tons of rapeseed with a yield of 2.76 t/ha.

the Current yields of barley, rye and canola was the highest in the country's history.

a Record yield in the ongoing harvesting campaign showed 15 regions of Ukraine, among which the leaders are the Khmelnytsky oblast of 5.66 t/ha, Ivano-Frankivsk oblast – 5.21 t/ha, Vinnitsa – 5.0t/ha C/hectares, Ternopil – 4.98t/ha and Chernivtsi – 4.88 t/ha region.

First Deputy Minister of agrarian policy N. Martyniuk said that "despite the adverse weather conditions, the regions received high and sometimes record-breaking yields. The Ministry confirmed the preliminary forecasts of grain production, which not only completely satisfy the domestic demand but also generate export potential, not worse, than last year".

last year, domestic farmers have reached the highest among other industries the level of profitability – to 31.6%. In the current marketing year due to gradual growth of world prices for agricultural commodities is likely to continue the good profitability of the agricultural business.

Add a comment to news item: Ukraine has completed the harvest of early cereals

Add a comment to news item:
Ukraine has completed the harvest of early cereals