The future yields and prices for domestic barley harvest 2016/17 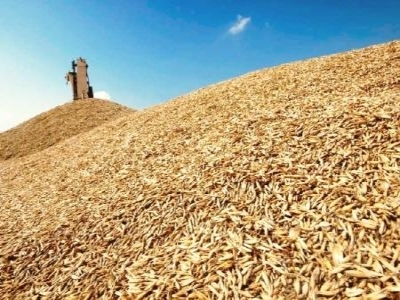 the Sowing campaign of spring barley in Ukraine is almost complete, and this allows you to make preliminary predictions about the future of this grain crop and export prospects in the 2016/17 marketing year.

currently, estimates of barley production in the new season are in the range of 7.7-8.7 million tone. So, the USDA experts predict it at the level of 7.8 million tons, UkrAgroConsult Agency to 8.1 million tons, the Ministry of agrarian policy – 8.67 million ton.

the Export potential will be equal to the level of the previous season and will be a 4-4. 2 million tons, which is traditionally about 70 % will be shipped in July – September. The main consumer will be Saudi Arabia, for which the need for imported barley will remain at a record level last year to 9.5 million.

will also decrease the demand for barley from China. This will be a consequence of government policy to reduce stocks of feed grain in the country. Recall that in the season 2015/16 MG China imported a record volume of Ukrainian barley – 686 thousand tons.

Prices of forward contracts on barley of the new harvest is not yet encouraging producers and are at the level of $ 134-138 per ton on conditions CPT-port (about 4000grn CPT-port). Prices will be under the active pressure of the proposals, especially to actively increase exports of barley to Arab countries from Russia.

Production of barley in Russia in the new season will increase to 17.8 million tons against last year's 17.4 million tone. It is likely that Russia's export potential for barley will remain at the previous level of 4.3 million tons.

Add a comment to news item: The future yields and prices for domestic barley harvest 2016/17

Add a comment to news item:
The future yields and prices for domestic barley harvest 2016/17