The fall in wheat prices on the stock exchanges continues 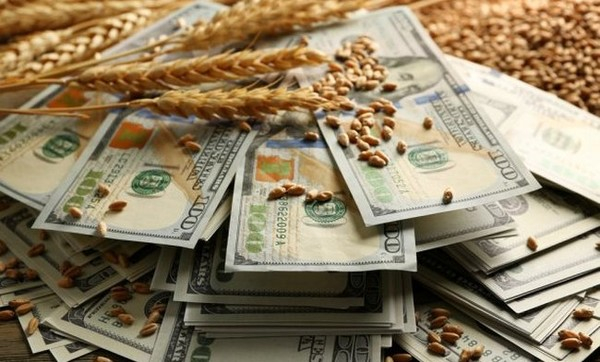 on the Eve of the release of the updated report on the balance of grain from the USDA, traders are increasingly inclined to believe that the forecast of world wheat production may be increased due to the increase in US production, despite declining production forecasts in Russia. According to the monitoring of the Department of agriculture, U.S. (USDA), winter wheat in the United States harvested 63% of the area (65% a year ago and 61% on average for 5 years) and condition of spring wheat during the week has increased from 77% to 80% "good-excellent" (35% a year ago).

On the market European wheat prices continued to decline and a new factor of pressure was the results of a tender in Egypt, where it was again purchased 175тыс tons of Russian wheat at a price 219.35-221.00 $/t CFR. The price of wheat on FOB basis increased slightly compared to the previous tender and made 203,65-204,75$/t, while Ukrainian wheat was offered at a price of 210$/t, and Romanian at 216,97$/t.

the strong Euro and high prices in the new season not to allow European wheat to return on Egyptian market.

on Tuesday, the market for U.S. wheat has accelerated the decline amid active speculative sales before the release of the report. According to the Reuters poll forecast of wheat production in the U.S. will increase by 2% in comparison with the June USDA estimate, ending stocks will grow by 3%.

Add a comment to news item: The fall in wheat prices on the stock exchanges continues

Add a comment to news item:
The fall in wheat prices on the stock exchanges continues