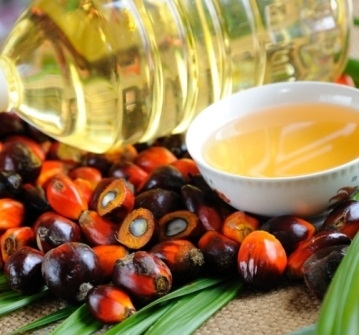 After celebrating the New year trading on the stock exchange in Kuala Lumpur began with the reduction of futures for palm oil, which from 7 February fell by 2.8% to 552,9 $/t or 2254 Ringgits/t

the Cause of the fall was based on data from experts AmSpec Agri Malaysia on the reduction of palm oil exports from Malaysia during the period 1-10 February 11.2-13% compared to the first decade of January.

the Increase in palm oil exports in January in comparison with December from 21.2% significantly supported prices.

Thanks to the good harvest in Indonesia in 2018 produced a record amount of palm oil. According to the Indonesian Association of palm oil producers (GAPKI), manufacture of crude palm oil in 2018, increased 13% to 43 million tonnes, down from 38.2 million tonnes in 2017 the export of palm oil and its fractions, biodiesel and products olim increased by 8% to 34.7 million tons.

a Decline in prices for palm oil is at odds with the increase in prices for soybeans and oil in Chicago, due to the reduction in soybean production in the world and in particular in Brazil.

prices of vegetable oils in the near future will depend on the forecast of the soybean crop in South America and the outcome of trade negotiations between the US and China.

Granted the EU permission for eight Argentine companies no fees to import 1.2 million tonnes of biodiesel, provided that it is on sale at a certain Commission minimum prices support prices for vegetable oils in Argentina.

Add a comment to news item: Falling prices for palm oil presses on the market of sunflower oil

Add a comment to news item:
Falling prices for palm oil presses on the market of sunflower oil