The drop in demand puts pressure on prices on sunflower 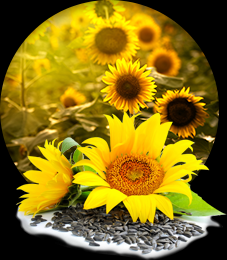 Prices for sunflower oil fell $10/ton to 755-765 $/t FOB that reduces the margin of processors, who are forced to attract the necessary volumes to keep a high purchasing prices of the sunflower.

Analysts of APK-inform reduced in comparison with the previous report, the rating of sunflower oil exports from Ukraine in 2017/18 MG 3% to 5.15 million tonnes, which is 12% less than the record exports 2016/17 MG 5.85 million tons.

During September-April 2017/18 MG sunflower oil exports amounted to 3.7 million tonnes, which is 8% less than the same period last season. Based on the updated forecast, the export potential of the current MG implemented on 70%, and over the next 4 months it is planned to export another 1.5 million tons of oil.

In Russia, the price of sunflower is going up thanks to the seasonal reduction of inventories of manufacturers. After the price at sunflower this week increased prices for unrefined sunflower oil.

During September-March 2017/18 MG produced almost 3 million tons of sunflower oil, which is 0.8% lower than in the same period last season. Export of vegetable oil within the specified period increased compared with the corresponding period last MG of 3% to a record 1.3 million tonnes. But in General, experts estimate the export of oil in 2017/18 MG in the range of 2 million tons.

exports of sunflower oil Kazakhstan for 7 months of the current MG sold in the world markets of 39.7 thousand tons, which is 7% higher than the total exports 2016/17 MG.

Add a comment to news item: The drop in demand puts pressure on prices on sunflower

Add a comment to news item:
The drop in demand puts pressure on prices on sunflower