The drop in demand hinders the growth of corn prices 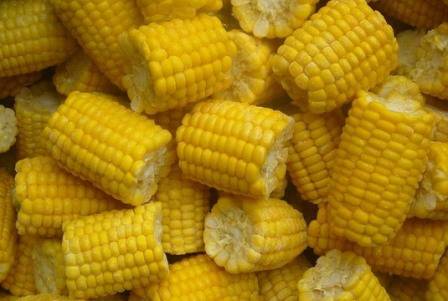 a Sharp increase in wheat market did not become a driver for increased corn prices in Chicago.

the corn Futures rose marginally to 144,34 $/t on the information that the rainfall in Argentina was below expectations.

during the week, corn exports from the U.S. decreased by 23.6% to 835 thousand tonnes which was 33.5% lower than in the corresponding period last year. Further pressure on prices if China imports of American corn in favor of the purchase of Ukrainian non-GMO corn source.

Forecast for next week rain and low temperatures in the agricultural regions of South Africa will contribute to the development of corn.

the Export of grain from ports of Ukraine for the week declined by 59% to 326 thousand tons, of which 260 thousand tons of corn.

In October-January 2017/18 MG Ukraine increased corn exports to China in comparison with the corresponding period of last season with 286,7 to 812,5 thousand tonnes, which is 27% of the projected grain exports to China, which experts USDA estimated at 3 million tons.

as a Whole in 2016/17 MG export Ukrainian maize to China amounted to 1.5 million tons, which accounted for 60% of the total import of grain to China. The largest volume of deliveries 546,5 thousand tons was recorded in may 2017.

Add a comment to news item: The drop in demand hinders the growth of corn prices

Add a comment to news item:
The drop in demand hinders the growth of corn prices