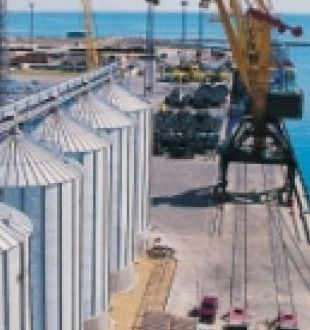 In October Ukrzaliznytsia transported to 3.19 million tons of grain and products of its processing, which is 3.9% higher than October 2017. The company States that it could carry more cargo, but it does not allow limited capacity of ports and port stations.

In Ukraine are actively constructing new grain terminal in the seaport, and rekonstruiruet old. For 2016 were a number of additional terminal with a capacity of 8.7 million tons of grain and put into effect capacity for the simultaneous storage of 422 thousand tons, and in 2017, these figures amounted to 1.75 million MT, and 69.6 thousand tonnes, respectively.

If, before the end of the year will be completed construction of a new terminal of the company "M. V. Карго2 in the South of the port and the company "Euromasters" in Olbia, facilities for transshipment of grain will grow by 9.7 million tons, and the possibility of simultaneous storage of grain on 742 thousand tons.

According to the Administration of seaports of Ukraine", in 10 months 2018 transshipment of grain cargoes decreased compared with the corresponding period last year by 5.7% to 31,841 million tons, including grain – by 5.1% to 30,882 million tons.

the Main recipients of these goods in October steel export port stations of the black sea, Odessa port, Nikolaev-cargo, where the grain went from the stations South, South-West and Lviv Railways.

Add a comment to news item: The volume of railway transportation of grain in October for the first time exceeded

Add a comment to news item:
The volume of railway transportation of grain in October for the first time exceeded