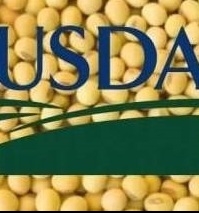 the Decline in the new report, USDA forecasts production and consumption of soybeans in the background of the constant opening and closing stocks have surprised analysts.

Assessment of the global soybean production was reduced by 2.41 million tonnes to 336,56 million tons, 21.7 million tons lower than in the last season. In India, the production will decrease by 2 million tons due to excessive precipitation in Canada through the early frosts. For the United States and Brazil forecasts of production left at the level of October.

beginning stocks of soybeans decreased in comparison with the October report to 109.66 million tons, the end – increased by 0.21 million tonnes to 95,42 million tonnes, although analysts had expected that they also will be reduced at least by 1 million tons.

analysts Also predicted the increasing processing and export of soybeans for the United States, but experts USDA lowered the forecast of consumption of soybeans in the U.S. by 0.41 million tonnes, and left unchanged its assessment of exports at the level 48,31 m t (47,56 million tonnes in 2018/19 MG), although the rate of exports higher than last year.

soybean Futures in Chicago on Friday fell 1.1% to 340,69 $/t. However, the main factor of pressure was not a USDA report, and the failure of trump to abolish import duties after signing the first trade agreement with China, although previously the parties have agreed to do it. This step again reinforces the differences by agreement.