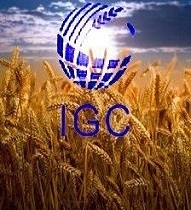 Data a new report has affected the stock prices of wheat on both sides of the Atlantic, when in fact they were lower than forecasts USDA.

the September wheat futures in Chicago fell to the lowest level since may. Before the long weekend in the US traders took profits in anticipation of data on the export and harvesting of spring wheat.

European quotes are unable to support even the fall of the Euro against the dollar to the lowest since may of 2017 level – 1,099 $/€.