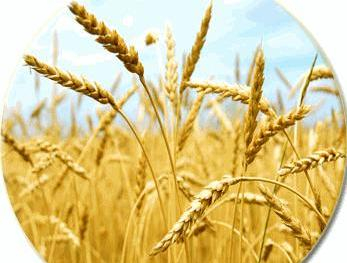 on Wednesday during the trading session of soft wheat in Chicago traded plus news about the state of winter crops, which was worse than expected. However, before the close of trading, speculators have decided to play on the slide.

Also fell hard winter wheat at Kansas city. And only the hard spring wheat in Minneapolis have risen amid fears for the fate of the crop due to dry weather in the Northern regions of the American Plains.

the July wheat prices in the US fell:

Egypt purchased in the tender 120 thousand tons of wheat of Russian and Romanian origin at a price of about 192 $/t on FOB basis, which was considerably lower than in the previous session.

In the EU, the September wheat futures during the week fell from 168,5 € /t to 166,75 € /t. However, due to the strengthening of the Euro in dollar terms, the price remained unchanged. Restricted growth rates of small demand and good weather conditions that contribute to Costigan harvest.

In Ukraine for wheat of the new harvest are offered:

the demand for wheat old crop allows processors, which are now the main buyers, lower the price to the level.

Add a comment to news item: Demand for wheat puts pressure on prices

Add a comment to news item:
Demand for wheat puts pressure on prices