Despite the high demand and wheat prices in the U.S. continue to fall 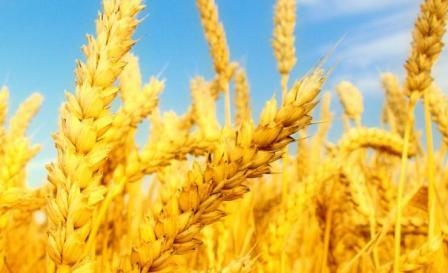 the new trading week in the US on Tuesday began with the fall. Prices under pressure of strengthening dollar and speculative sales.

However, supported the market news from the USDA, whose inspectors checked the shipment of wheat in 558,252 thousand tons, which is 72% higher than the previous week and 107% over the same period last year.

in addition, it is expected that the USDA report, which will be released at the end of the week will be a reduced amount of acreage under wheat in comparison with the previous report.

the March wheat prices in the U.S. declined:

the Lack of moisture in Europe causes concerns about the condition of the plants. Soon resumed vegetative development, thus, precipitation is extremely necessary. In addition, low water levels in the Rhine and Danube causes logistical problems.

Importers are actively purchasing wheat. So, Jordan has purchased 50 thousand tons of wheat from Ameropa company at 202 $/t on the basis of C&F for delivery in July-August. Tunisia has announced a tender for the purchase of 109 thousand tons of milling wheat March 15 – April 25.

Add a comment to news item: Despite the high demand and wheat prices in the U.S. continue to fall

Add a comment to news item:
Despite the high demand and wheat prices in the U.S. continue to fall