A neutral USDA report did not support the price of wheat 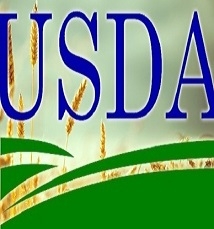 although Ending stocks will be reduced due to increased trade and consumption with 288,03 to 287,1 million tons, still remain at a record level.

Wheat exchange yesterday have grown on news of the recovery of world financial markets. However, European prices of wheat puts pressure an increase in the forecast of wheat exports from Russia. Now the market of French wheat was awaiting the outcome of procurement tenders in Algeria and Tunisia.

Prices in Chicago yesterday continued growth is solely due to speculators. Thisit USDA on bidding is almost not affected, because forward-looking indicators for the US have remained unchanged, although the estimate for world ending stocks was much lower than analysts had expected.

the May wheat futures in the U.S.:

Add a comment to news item: A neutral USDA report did not support the price of wheat

Add a comment to news item:
A neutral USDA report did not support the price of wheat