The national Bank keeps the torque from falling 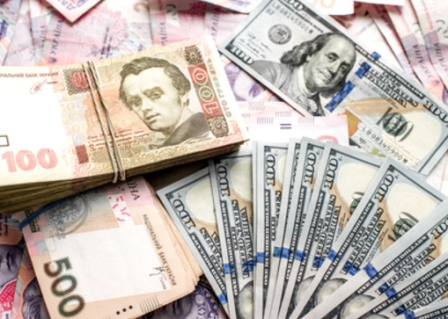 a Sharp increase in demand for foreign currency combined with the lack of proposals on Thursday led to the appreciation of the dollar on the interbank market.

However, an hour later, the demand significantly increased, therefore, the NBU conducted a second intervention with a volume of $ 10 million, again, in the form of a "request course".

However, this was not enough, therefore, the NBU announced an auction for the sale of $ 100 million with the term of filing applications by banks before 12:50. However, this did not affect bidding and by 12:45 the dollar rose to the level of 26.16/26,19 UAH/$.

Before dinner it became known the outcome of the auction. If the banks ' bids for 17 million dollars, the NBU has sold 12.7 million $ on cut off price is not below of 26.15 UAH/$. It stabilized the market, and after 14 hours and before completion of trading, the dollar remained in the range of 26.15/26,18 UAH.

Thus, on the background of increased demand, the NBU spent 42.7 million $ of gold reserves and was able to keep the hryvnia from devaluation at 7 cents. Without the intervention of the national Bank the dollar easily crossed the mark in 26,20 UAH/$, and maybe by the end of trading rose to 26.25 UAH/$.

Despite NBU intervention balance on the interbank market remains tenuous, with the subsequent tendency to the depreciation of the hryvnia.

The growth rate of the interested buyers of the currency, so the transaction volume also increased. Was 602 transactions worth 397,7 million $ at the average exchange rate 26,1620 UAH/$.

Add a comment to news item: The national Bank keeps the torque from falling

Add a comment to news item:
The national Bank keeps the torque from falling