The national Bank supported the national currency on the level of 26.90 UAH/$ 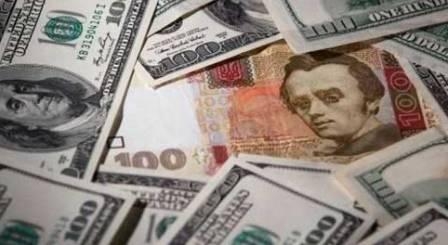 on Thursday at the interbank foreign exchange market continued strengthening of the hryvnia. With the approaching timing of the budget payments for several major exporters came to selling currency on the backdrop of moderate demand has led to an excess of offers over demand from the beginning of trading.

As a result, with morning quotes 26,91/led light bulbs 26,95 by 11:00, the dollar fell to 26.87/26,89 and continued to fall further. The NBU took the opportunity to replenish the gold reserves, and announced at 11:30 auction to repurchase up to 50 million dollars. Banks could submit three bids.

At 11:40 was declared the first results of the auction. NBU bought currency at cut-off price is not higher 26,93 UAH/$. The market responded to peradaban growth of dollar quotations to 26.90/26,93 UAH. When bidding banks 15.7 million $ NBU has acquired 12.5 million dollars, but this amount is allowed to balance demand and supply in the market.

the Major events on the interbank market on February 23.

Add a comment to news item: The national Bank supported the national currency on the level of 26.90 UAH/$

Add a comment to news item:
The national Bank supported the national currency on the level of 26.90 UAH/$