The national Bank supported dollar on the interbank market 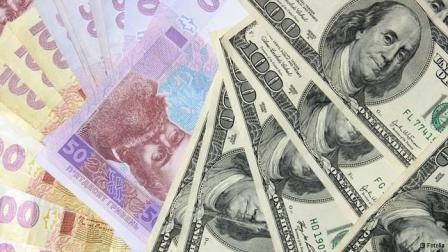 on Tuesday at the interbank market, the number of proposals of foreign currency exceeded the demand, so the national currency began to strengthen. Morning dollar quotations 25,84/25,89 for 11 hours decreased to of 25.81/25,86. Unlike the previous trading session, market participants began to conclude the transaction immediately after the opening session. However, large buyers were in no hurry with the purchase of significant amounts, waiting for the reaction of the national Bank and of further depreciation, therefore, was limited to agreements on 100-300 thousand $. This strategy paid off, and the afternoon the rate fell to the level of 25.76/25,80 with the continued trend to strengthen the hryvnia. Of the customers started to close their trades for a considerable amount of the minimum exchange rate.

In 12 hours, the national Bank announced the auction for the purchase of excess foreign currency of 30 million dollars, giving the banks until 12:30 to submit three competitive bids. This immediately stopped the "subsidence" of the dollar and added to the optimism. The exchange rate stopped pending the outcome of the auction. After became known for the cut-off price is not higher 25,85 UAH/$, the dollar instantly corrected within 25,80/25,485-25,50, that is, to the level of the cut-off at auction. In the afternoon, the regulator has announced that it has acquired $ 10.8 million in total bids of banks 20.4 million dollars. This information did not affect the players in the market, as supply and demand have almost leveled off. From 13:00 to 15:00 hours, the dollar was trading in the corridor 25,80/25,845. After 15 hours on single trades the sellers were able to slightly pull currency quotes up. Trading ended at the level of 25,82/25,86 UAH/$. Most of the transactions took place within the corridor of 25.83-25,86 UAH/$.

Add a comment to news item: The national Bank supported dollar on the interbank market

Add a comment to news item:
The national Bank supported dollar on the interbank market