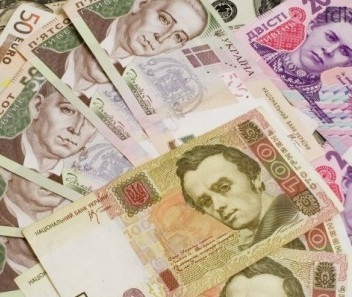 Yesterday, the volume of currency sales by investors who wanted to buy government bonds on the interbank market was so significant that the national Bank had to buy back the excess to keep the hryvnia from a sharp appreciation.

national Bank least thrice entered the market and acquired approximately 77-90 million $. In the morning it bought $ 20 million at the rate of 26.54 UAH/$, 12 hours is $ 50 million at the exchange rate 26,51 UAH/$, and at the end of the session, the currency bought is already 26,4950 UAH/$, bringing the course back to the level 26,55/26,58 UAH/$. This allows us to hope that the NBU will not allow sharp strengthening of the hryvnia, as in 2019, when it led to a drop in production and loss of exporters and manufacturers.

At yesterday's auction the Ministry of Finance brought in a budget of the equivalent of 21,202 billion UAH (at NBU), posting the following bonds:

Recall that after a month break the Ministry of Finance from April 28 resumed auctions of government bonds, the first of which attracted 9,831 billion UAH (in UAH 5.377 bn and the other dollar amount). After that, the auction on 5 may, the Ministry of Finance placed government bonds at UAH 10,016 billion, and 12 may to 19.39 billion UAH. It should be noted that if the previous auction was sold mainly 3-month t-bills, but now is more of a 9-12-month.

All proceeds from the sale of government bonds the funds will be used to cover the budget deficit.

According to the state Treasury of Ukraine in April, the state budget received at 103.9 billion,which is 11.6% or 13.6 billion UAH less than the planned 117,6 billion UAH. Almost half of this amount listed Bank of net profit in 2019

the head of the Ministry of economic development, trade and agriculture I. Petrashko said that the funds received under the program, the NBU long-term refinancing of banks will also go to cover the deficit gosbudzet.

Add a comment to news item: National Bank has limited the strengthening of the hryvnia on the interbank market after the next sale of government bonds

Add a comment to news item:
National Bank has limited the strengthening of the hryvnia on the interbank market after the next sale of government bonds